We love Hodmedod’s product range, and think you will too! We have lots of their ever growing range in the shop, including beans, lentils, split peas, quinoa, coriander seeds, flour and wheat. And don’t miss their Fava Bean Umami Paste in the fridge, it’s seriously special!

Nick Saltmarsh, Josiah Meldrum and William Hudson founded Hodmedod in 2012 to supply beans and other products from British farms.

We work with British farms to source a range of top quality ingredients and delicious foods. We’re particularly interested in searching out less well-known foods, like the fava bean – grown in Britain since the Iron Age but now almost forgotten – and black badger peas.

We founded Hodmedod following the successful Great British Beans trial project to stimulate and assess demand for indigenous pulses. For the trial project we bought a tonne of British-grown split fava beans, packed them up at the kitchen table, and distributed them through community groups and local shops. Each pack contained a postcard with a short questionnaire on the back to collect feedback on the beans.

The response to the beans was overwhelmingly positive, inspiring us to establish Hodmedod to continue and develop supply of British-grown fava beans and other products.

The Great British Beans project was run by Provenance for East Anglia Food Link as part of its Norwich Resilient Food Project, which was developed with Transition Norwich.

FROM FAVA BEANS TO QUINOA

Our first product was the Fava Bean, grown in Britain since the Iron Age but little eaten in recent centuries. Fava Beans are delicious, nutritious and good for the soil and bees. Split Fava Beans are especially versatile and easy to cook as they don’t need soaking.

Since launching our packs of dried Fava Bean we’ve been working to search out and develop production of other less well-known foods, like “Black Badger” Carlin Peas and Quinoa from the plains of Essex.

Hodmedod is an East Anglian dialect word. It mostly means snail in Suffolk but can also refer to the curls in a girl’s hair or an ammonite. However, Norfolk speakers generally mean hedgehog by hodmedod, calling a snail a dodman – “thass not a hodmedod, thass a dodman!”

An old Suffolk boy recently told us the secret behind these many meanings – the true meaning of hodmedod is simply something round or curled up, hence snails, hedgehogs, curls, ammonites and even conceivably beans and peas.

We chose the word for the name of our business simply because we like the sound of it, and feel that it reflects our East Anglian backgrounds and represents part of our forgotten heritage, a bit like the fava bean or black badger peas.

Find out more about about the wonderful Hodmedod’s here.

More from the farm 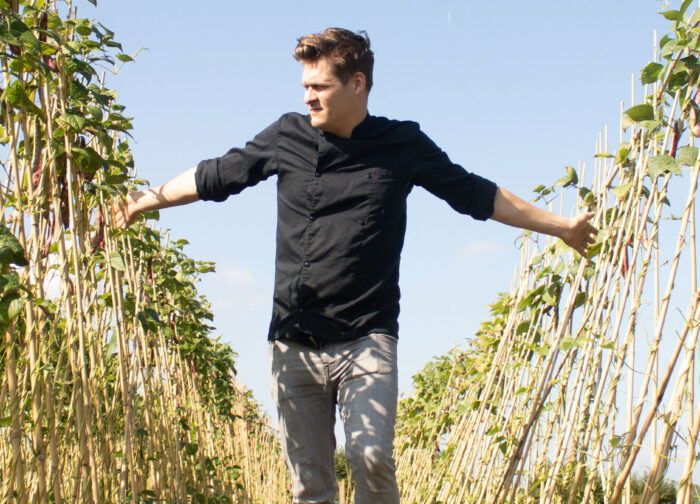 We had a chat with Charles to discuss his food passions and his vision for Five Acre Farm, Tobacco Factory and Grain Barge… 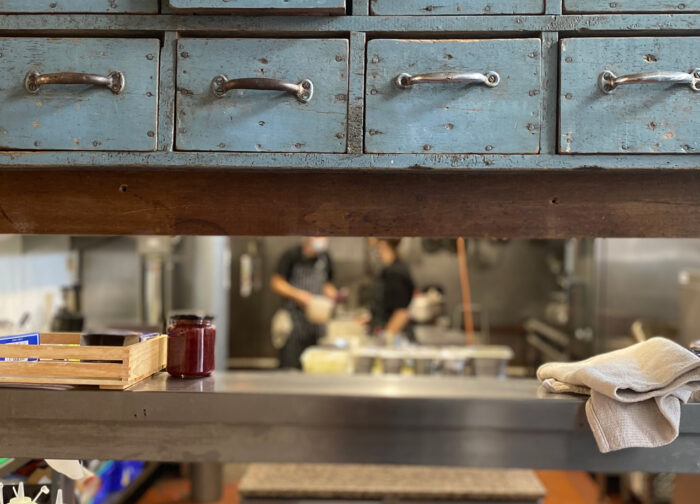 Here we go again! Words from George Ferguson as we’re faced with a second lockdown

It has been great fun over the past 25 years building a circular local economy with the Tobacco Factory at its hub. We have had our challenges – and none greater than now... 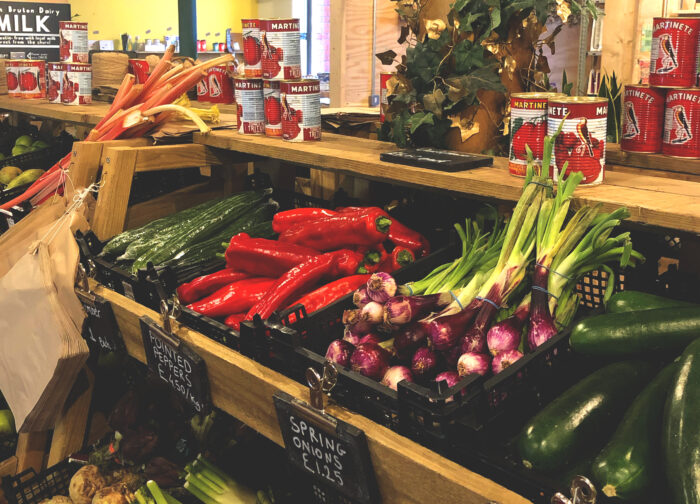 A Fresh Farm Shop for a brighter New Year!

Our shop and online delivery system has become more and more popular as we come to the end of a challenging year! To respond to this growing demand we are expanding the retail space to increase our range of fresh produce from our farm and other local growers and producers.